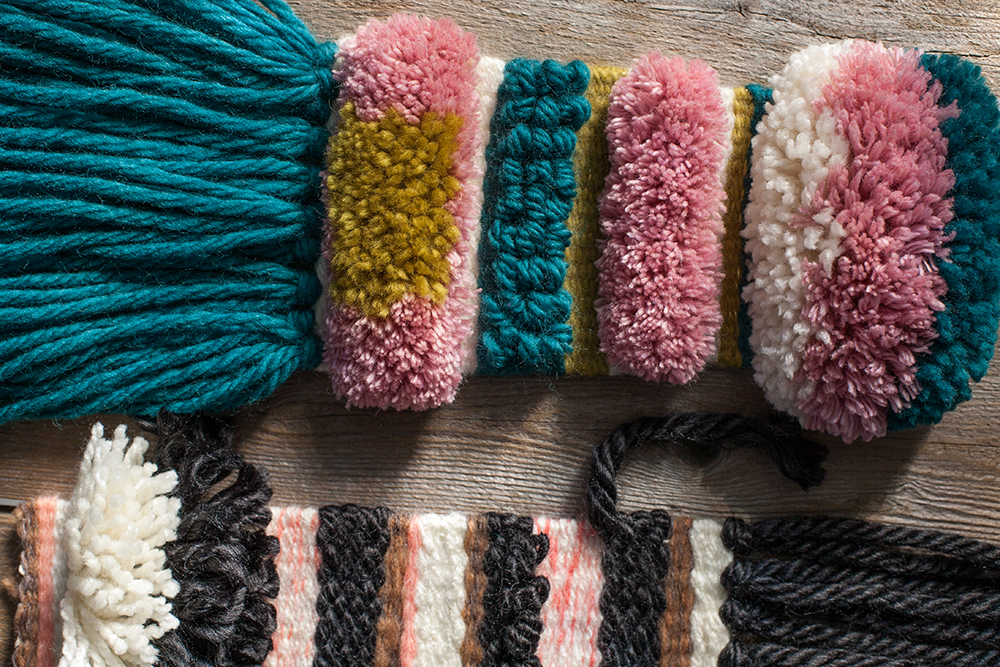 In the fall I watched some old episodes of Mork & Mindy while the house was in disarray. The ceilings were scraped, ceilings were painted, carpet was ripped out, a brick veneer went up in the bedroom, walls were painted, wood floors were installed, area rugs were chosen, a few delays here and there, the kitchen became a kitchen/bedroom combo for a few days, one couch left and a couple days later the new couch arrived. During this time some of those Mork & Mindys became the soundtrack to the renovations, especially the hot encased-in-sheets-of-plastic-days painting the ceilings. At the time I saw a gigantic woven wall hanging in Mindy’s home and felt a huge desire to make one. I did a little research on making my own and discovered they are quite popular right now. I gathered some simple supplies with hopes of making a few as Christmas gifts but was too busy and tucked them away for after the holidays.

It wasn’t until three weeks ago when I woke up with severe vertigo, more specifically vestibular neuronitis, that I started to think about all the things I wanted to do but couldn’t. Trying my hand at weaving was suddenly something I wanted to do very much and told myself as soon as I was able to I was going to just try it. I picked it up about a week ago and I can’t stop. I am in love with the tactile creative process of weaving. Everyone I love is getting a weaving sometime this year because I want to keep making them and I want to share them and make special ones unique to my loved ones. It has been the very best thing to challenge me and keep my mind off the vertigo. 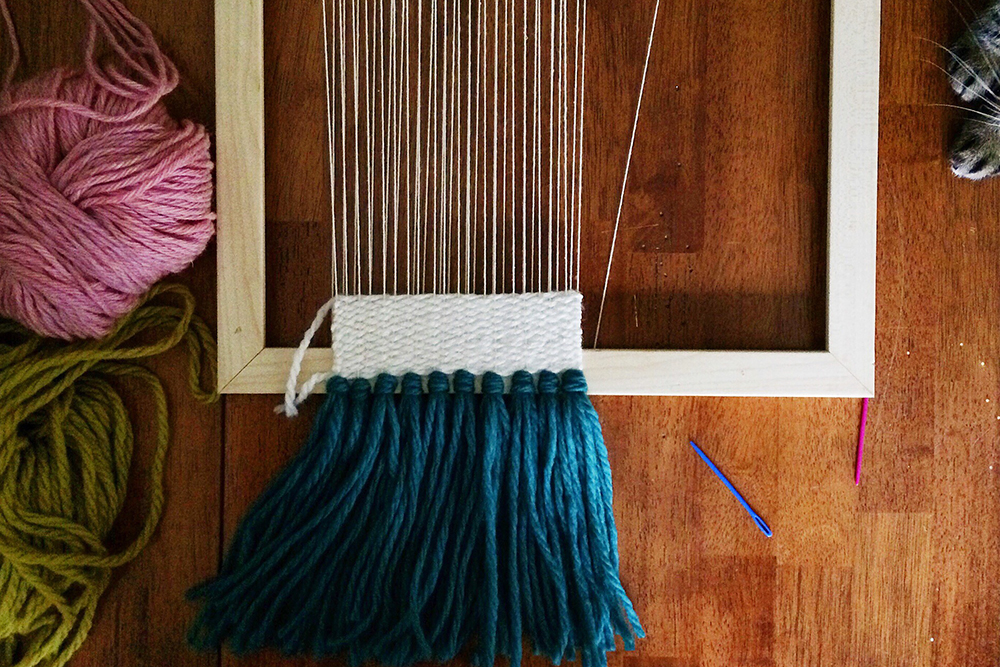 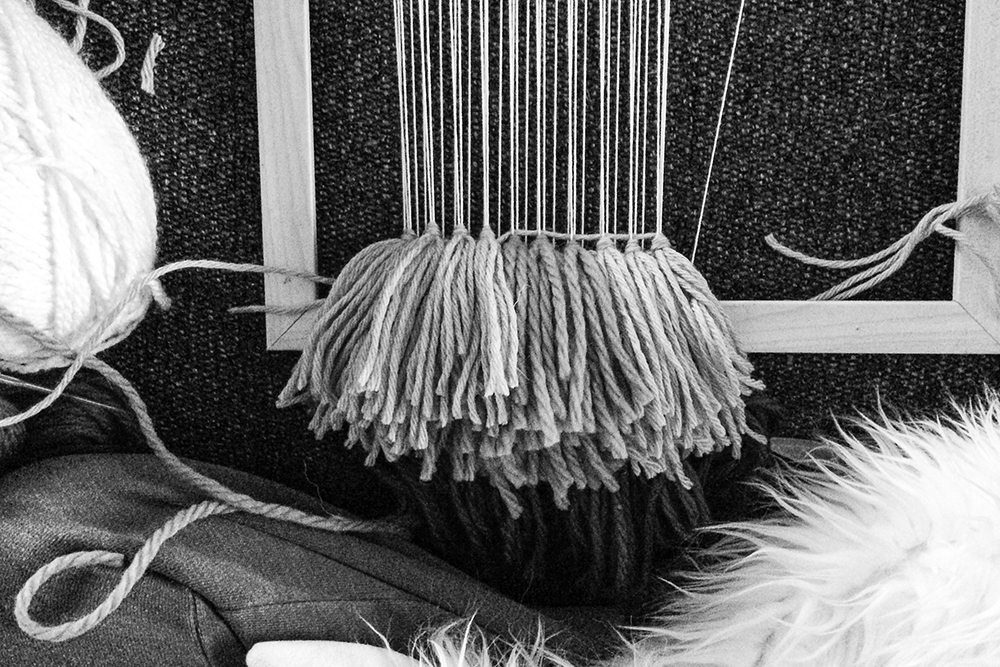 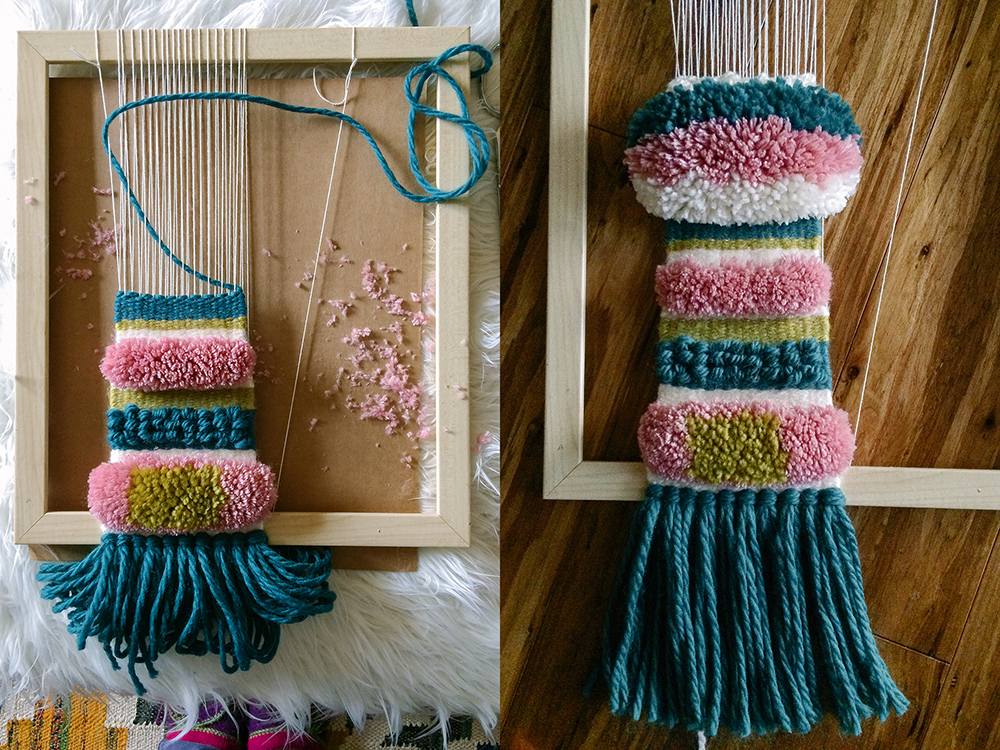 I used an old frame and wrapped warp string around it, careful to keep it fairly tight and evenly spaced. I watched a couple of these fantastic teaching videos for weaving techniques and just started. The first one I created is above, I absolutely love the fluffy soft poofs and colors. Once it was cut off the loom it shrunk a tiny bit hiding some of the color changes, I think because I was a little crazy with tightening and squishing down each row. 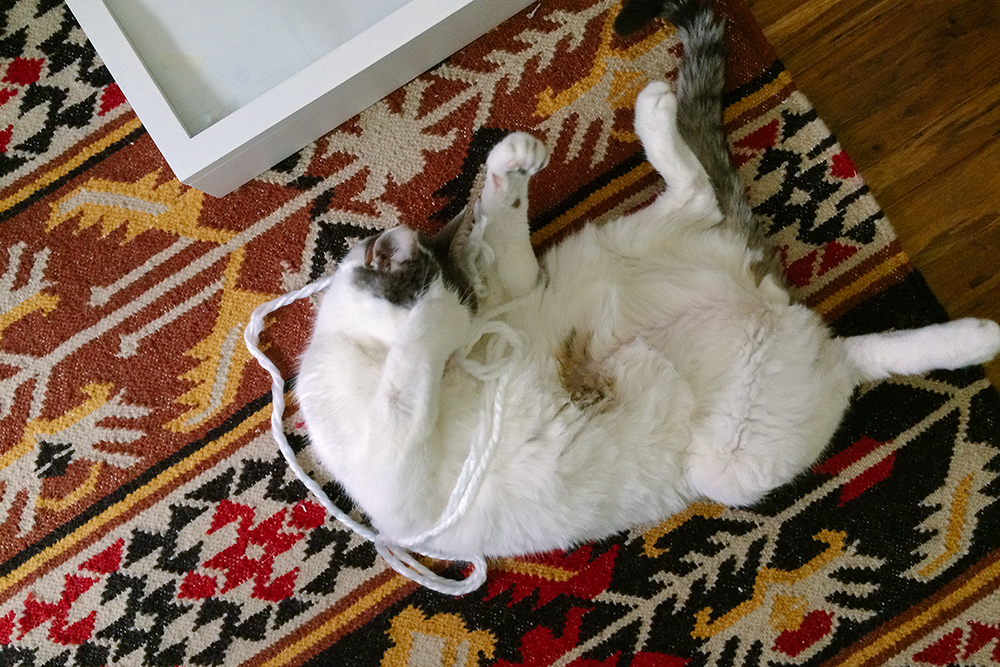 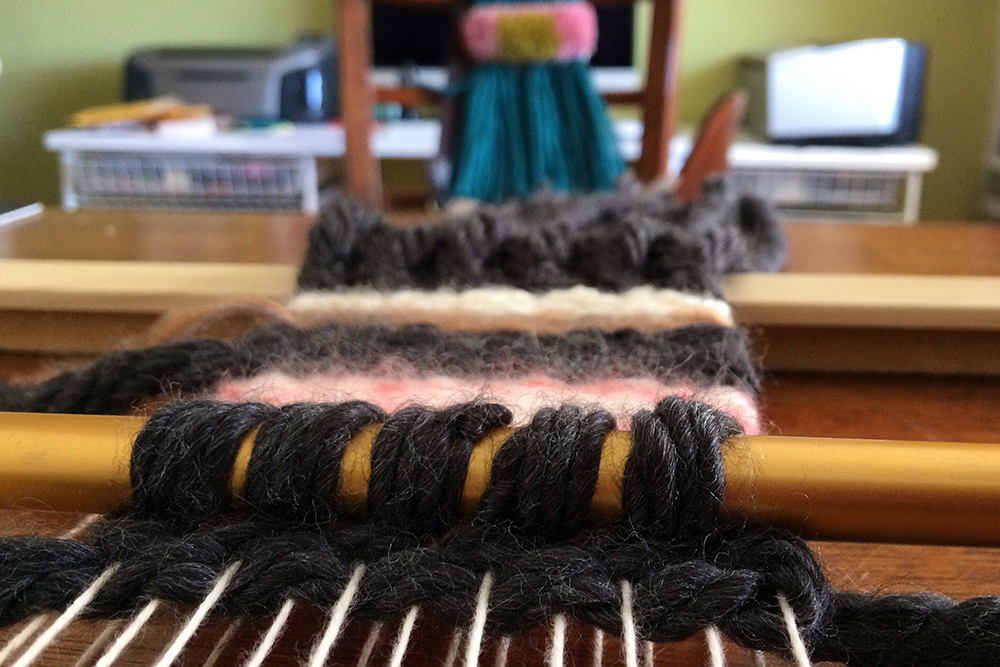 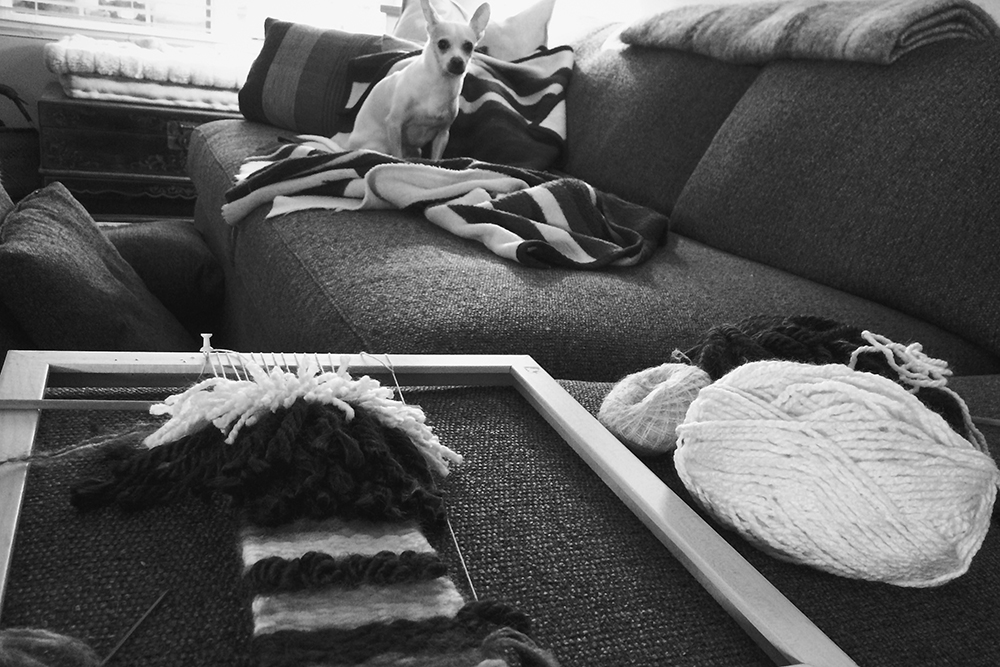 My second one was skinny and simple, mainly to practice better tension. It didn’t have that shrinking effect when I cut it off the loom, much better. I haven’t decided yet how I want to hang them, so for now they hang on the backs of chairs. 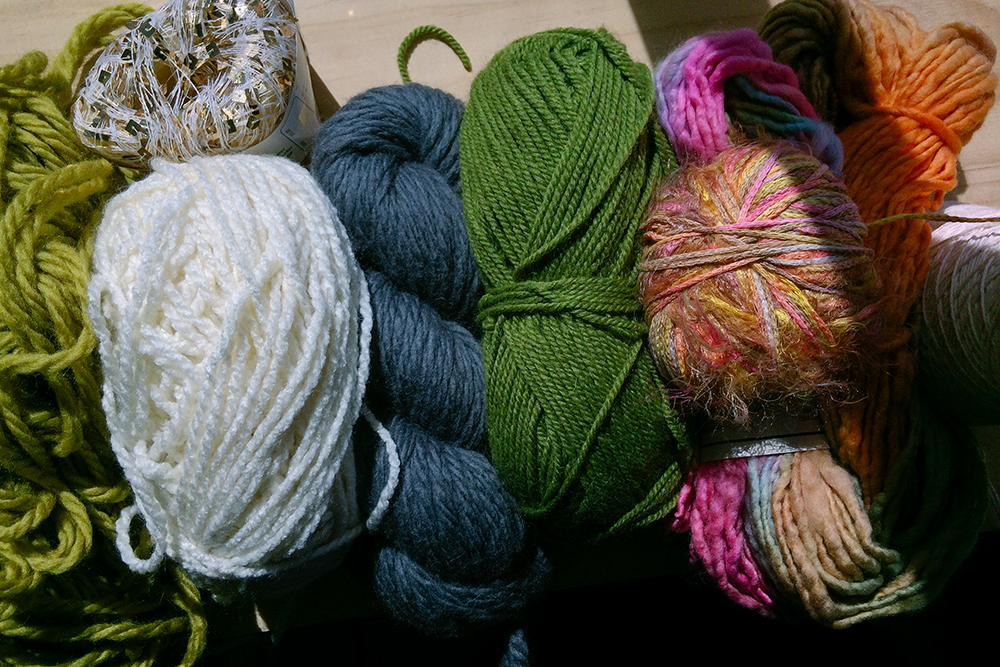 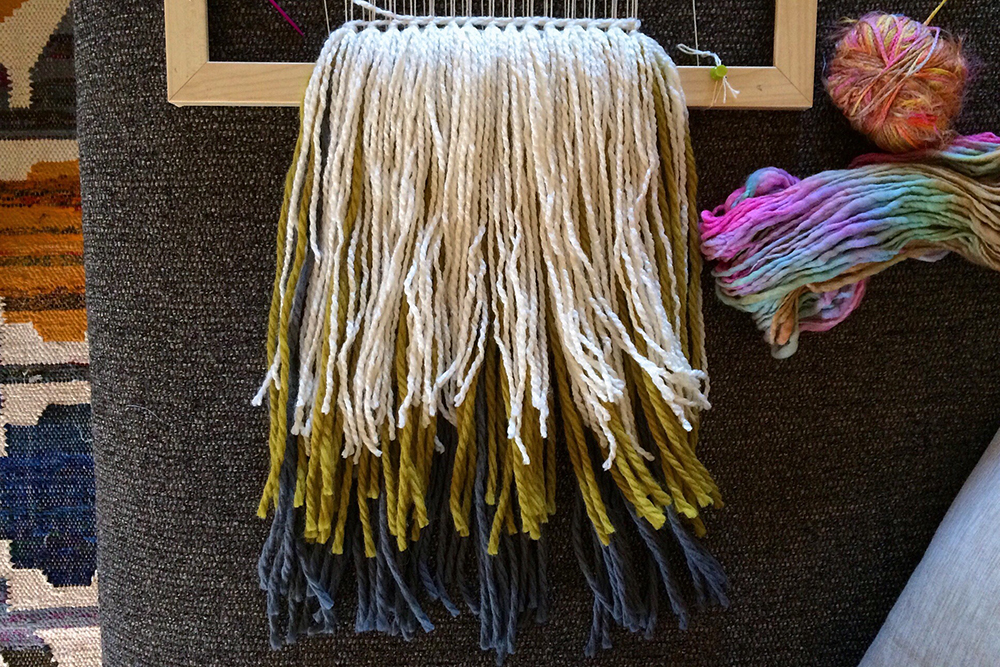 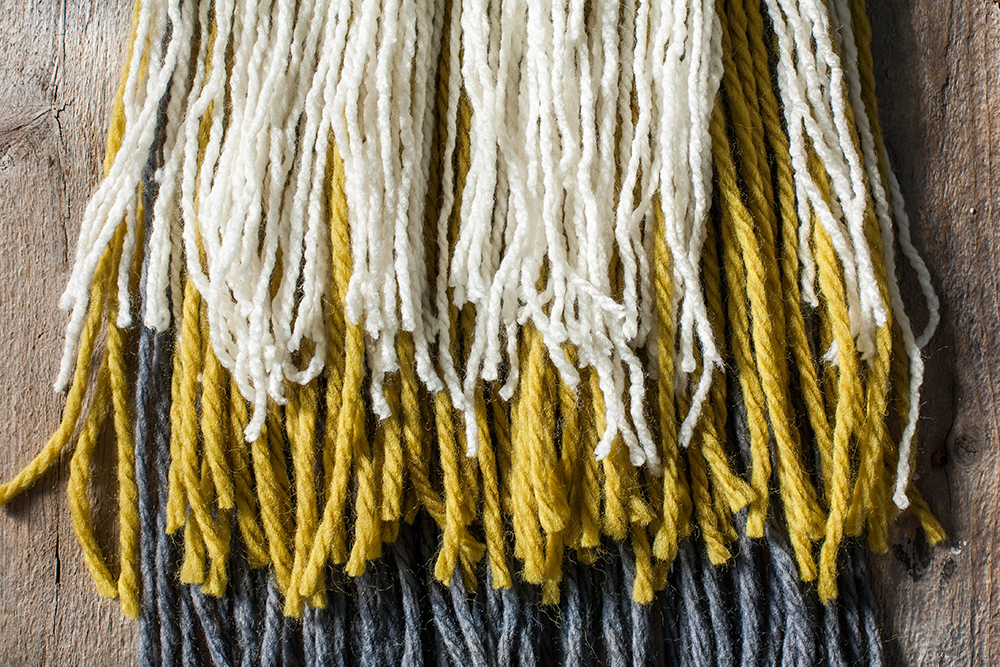 The newest one is larger than the first two and a little bolder in design. I’ll be taking iPhone photos and posting regularly on my instagram feed as I #justkeepmaking them. More photos will be on the blog next week of what I’ve made.