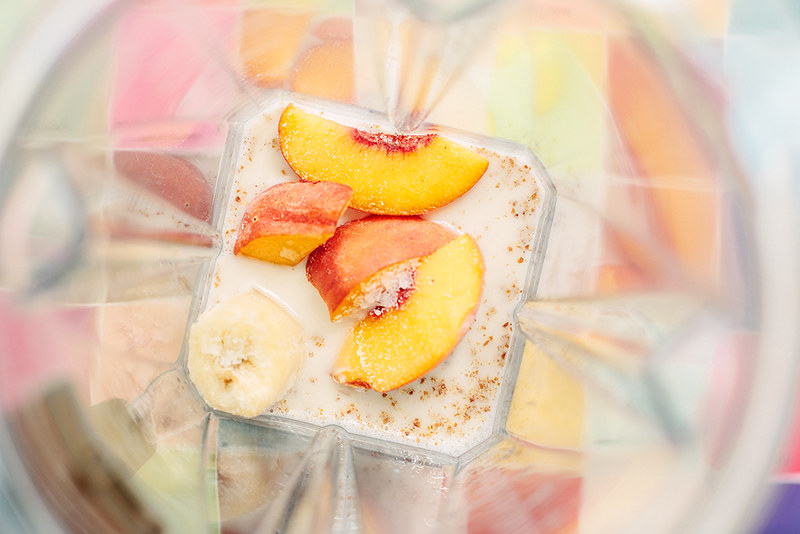 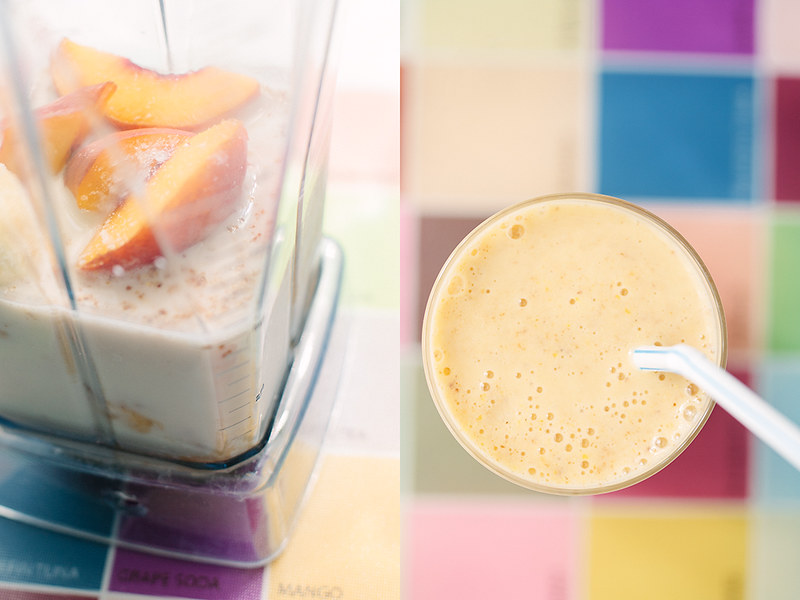 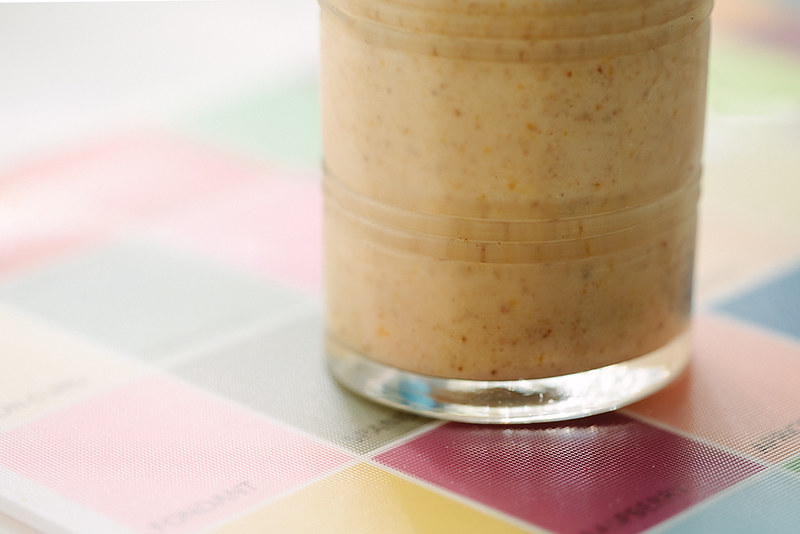 Since I make a smoothie almost everyday and change it up quite a bit I thought it’d be fun to post different versions each week. This one is considered “fancy” only because of the taste, it is actually ridiculously simple and not fancy at all. I think the key is very ripe stone fruit.

This is a basic banana shake with frozen nectarines (peaches would be very similar) added, you can’t quite distinguish the nectarine taste although it gives it an extra layer of depth, sort of gourmet smoothie. The nectarines were from Trader Joe’s, all ripe and fragrant at the same time, so instead of them going to waste if we couldn’t eat them in time I cut a bunch and froze them, so happy I did.

1 cup almond milk
about 1 and a half frozen bananas
a handful of frozen sliced nectarines
4 dates (pitted)
1 T ground flax seed
1/2 t grated ginger
1 t bee pollen (only if drinking in the morning, gives you a boost of energy)

The measurements are just estimates, it is easy enough to vary the amounts as long as you have enough liquid to your solids so the Vitamix doesn’t get angry.